This is the true story of how, or rather why, Lamborghini was born. It underlines how having a powerful WHY is vital. A why that goes beyond profit, success and materialistic wins.

Enjoy the video and as always, remember to subscribe to my newsletter so you get this stuff before anyone else… smug 🙂

We talk about the why in the book, yeah?

Oh no I thought

You asked me a question (laughs)

I asked a question because, so we get,

I think you should leave this in.

I ask a question because we are getting through, I hate talking to cameras, cause they’re not people.

Cool, sounds good to me.

But the why is important right, because people talk about mission and people by what you do less than about why you do it.

And I think that’s very true.

In the book, we talk about the why in a big way.

And I’ve got a story which I think

you know Lamborghini for what?

So, Lamborghini was an industrial man in the northern region of Italy, who was building tractors.

And the business was doing well and, as a treat, he bought himself, not one, but two, Ferraris at the time.

And they used to meet up as friends several times a week, actually two or three times a week.

And they would race from one town to the other, I can’t remember the towns.

And whoever got there last would pay the coffee for everybody else.

And, consistently, the clutch on this Ferrari kept breaking, and it wasn’t really handling the race, so to speak, very well.

So Ferruccio Lamborghini, who was not only a businessman but also an avid mechanic, got this car once in the workshop and they designed a clutch for this car that was the same clutch used by tractors.

And from that moment on it never broke.

Right, so what Lamborghini did was to take the idea to Enzo Ferrari Maranello.

And he went there basically, peer to peer, saying “Listen I think I found the solution for this clutch that breaks.”

He basically kicked Ferruccio Lamborghini outside the office, and “You can’t drive Ferrari’s, keep driving your tractors.”

And he really snubbed him, big time.

And the story’s told by his son, Ferrucio’s son, and Ferrucio, the dad, at the table that night and he was just staring at the food, really angry.

“Why did Enzo have to treat me that way?

I was doing him a favor, I wasn’t asking for money, I was just solving a problem.

Why did he have to treat me that way?

Screw this, I’m going to build a car that is better than Ferrari.”

That’s what he did.

And his wife, at the table said “Are you crazy?

It’s going to cost us a lot of money, why?

Maybe you just had a bad day, leave it.”

And he was so determined, from that one event that they’ve taken, they used to spend a million pound in liras, one miliardo, advertising for the tractor business.

He’s taken all of that out, and he’s built the car instead.

And he said “If this is successful, the publicity that we’ll get will pay for all the advertising that we’re doing on TV.”

Lo and behold they started building cars, the partnered with a designer, and Lamborghini was born that way.

And my point with this is that the why is so, so important.

This industrial tractor maker, had no intention of building cars, he only wanted to drive them.

Because Enzo Ferrari pissed him off so damn badly, he went home with that big why, that came from a place of frustration or whatever, and he built Ferrari’s number one competitor.

So, you figure it right?

But we have to have a why, we need to do things for reasons that are beyond money, beyond materialistic success, and beyond just because we have to do it.

We need to build businesses and missions, because we have the why that means something deeper to us.

So, my invite to everybody, everybody watching this, is to have a strong reason, a good big why to do what you’re doing.

Productivity: What it really means and how to achieve it.

You Got Shot In The Bum! Now What?

The True Story of WHY Lamborghini Was Born. It Was Ferrari’s Fault!

by luca time to read: 2 min 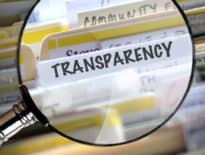 Agency Life Why transparency is key to business success 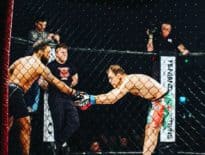