Do you want to know the 10 common patterns of those who struggle to make money in business and the 10 of those who don’t?
I spoke to more than 200 entrepreneurs in the last year about their business. I did the same when writing my new book.
I spoke to those who struggled and here are the 10 patterns they shared:
1. They started on a strategy/program
2. Invested time and money to get started
3. They got blinded by a shiny object
4. Thought “That’s what I need” (it’s a marketer’s job to make us think that way)
5. Left what they were doing – unmastered
6. Started on the ‘new’ strategy/program
7. Went back to point no. 2 and repeated the cycle
8. Many of these then quit
9. Some became skeptical that one can achieve great things in business
10. Some might be found in your comments, trolling
I also spoke to those who succeeded and they had one pattern in common,
and having built 8 businesses (the first 4 of which almost killed me and my relationships because I was more like the first group)…
I can relate:
1. They started on a strategy/program
2. Took time to get started
3. Took time to master it
4. Only abandoned once they’ve done everything they could (this tends to only happen when testing new things that no-one else made work)
5. Saw shiny objects and thought “That looks interesting. I’ll put it in the roadmap for when what I’m doing is DAD (Done, Automated, or Delegated)
6. They kept on point no. 3
7. They mastered point no. 3
8. They delegated point no. 3
9. They went to the roadmap and picked the next strategy
10. Repeated from point no. 2
Attributes of the second group:

Had a big WHY

Coachable
The greatest in any field, Tony Robbins, Arianna Huffington, Russell Brunson, Gary V… all of them stuck to the same few strategies for decades.
Why?
>> Because Results Come With Consistent Action Over Time <<
Tags: #TheGrowthFactor, motivation, personal development, personal growth

The Best Time in History to be a Marketer.

Talent vs Hard Work When Growing an Agency

SMART Goals and OKRs – Strategy Planning and Why It’s Important

Who Do You Think You’re Talking To?

by luca time to read: 1 min 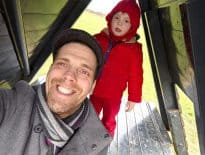 Digital Marketing Perfection Will Destroy You 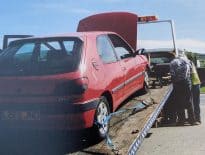 Digital Marketing Who Do You Think You’re Talking To?
0